Addrenaline worked with MoveTheDial in 2019 on a number of projects. Kyle had the pleasure of directing and editing CEO and Founder Jodi Kovitz' personal speaking reel, which turned into Addrenaline producing and capturing all the video content that would make up the opening Intro video for the Move The Dial summit at Roy Thomson Hall. In addition, Addrenaline was tasked to produce and edit a stand-alone video that would introduce the Move The Dial App to attendees of the conference. While at the conference, Kyle managed the Facebook-Live cube, which saw him direct and capture interviews with high profile attendees inside Facebook's sound proof interview cube. Addrenaline would later produce the final videos, titled DIALOGUE, as a 12 episode series brought to you by MoveTheDial and Facebook. 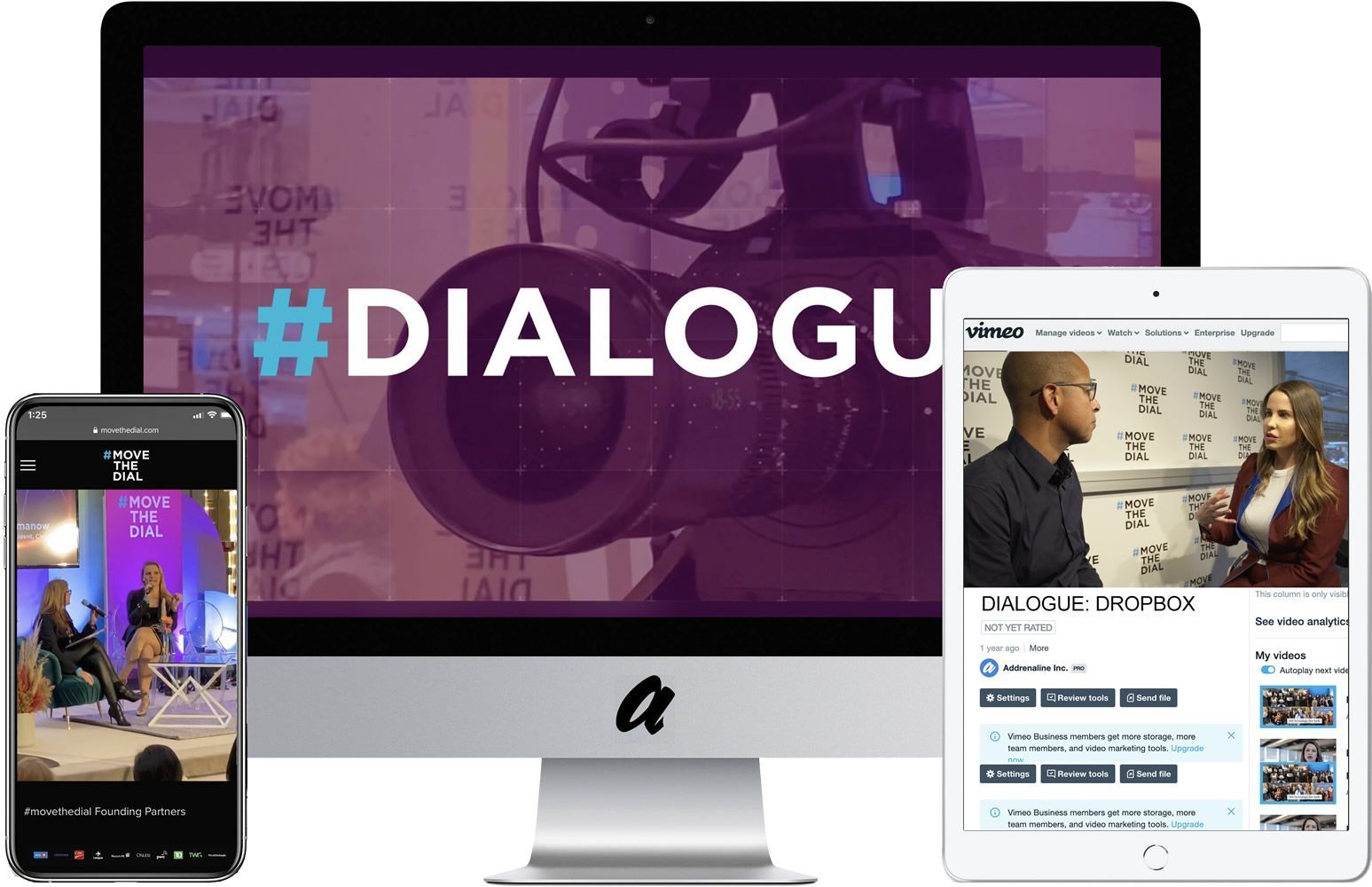 Our work for MOVETHEDIAL includes: